You are here: Home » Articles » BJJ » Guidelines for Open Guards in BJJ

Guidelines for Open Guards in BJJ 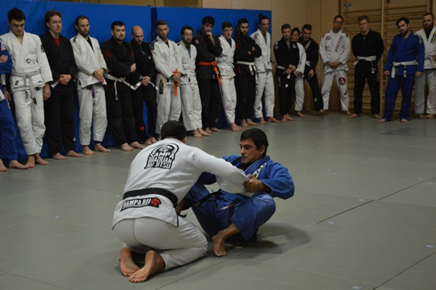 I will never forget that day when I lost a competition and my Prof. – Renato Migliaccio – told me: “you do not even need to tell me what you did wrong – I know it already – you let him get to close!” Ever since, I think of this sentence a lot. Most of the times when I lose in rolling or in a competition it is exactly because of this very reason. The guy passes my Guard and when he smashes me I try everything to get my Guard back but in most cases, it is too late.

As a conclusion, of course I need to get better at different Guard forms I use, but also to improve my Guard recovery. I spent a lot of time watching BJJ DVDs, invested money in online training in order to better develop my Guard game. But in the end, what helped me the most was watching videos of my own rolling session and fights over and over again.

The basic position hierarchy is common sense in BJJ today. One of the first principles you learn is: “Position for submission”. I think this principle has changed a little bit over the last years because the submission-only-events are increasing and you do not get points for any Guard pass or position anymore. That’s why people like to attack the legs in these events a lot. But still, if you start to learn BJJ, if you want to understand the art better and if you want to understand the game in all aspects and not only for submission-only-events, this position hierarchy is still up to date.

So the position where to involve from is the Guard. If I want to pass, I need to pass his Guard first and start to climb the position hierarchy to the top or to submit on the way to the back. If I did too many mistakes he ends on my back and I need to try to get back to my Guard position. So Guard is key!! The Guard is also one of the main reasons why BJJ is different to other grappling arts. In wrestling, for example, when you pin his shoulders to the ground for a couple of seconds you win. In BJJ nothing happens if your opponent is in your Guard. You are still safe! 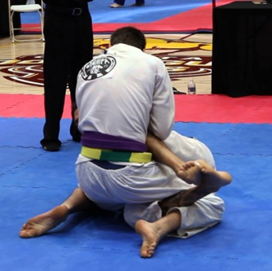 We all started to learn the close Guard as our first Guard position. Later on, we opened our legs and began to play all kinds of open Guards. Like Spider Guard, Lasso Guard, X Guard, Dela Riva, Reverse De La Riva, HalfGuard and so on.  Playing Guard we learn to control the distance between the opponent and ourselves. The better we can outbalance him, the better we can control the distance and the angles, the more chances we have to stop him from passing and to improve in the fight.

Breaking the Guard down we have to be able to: 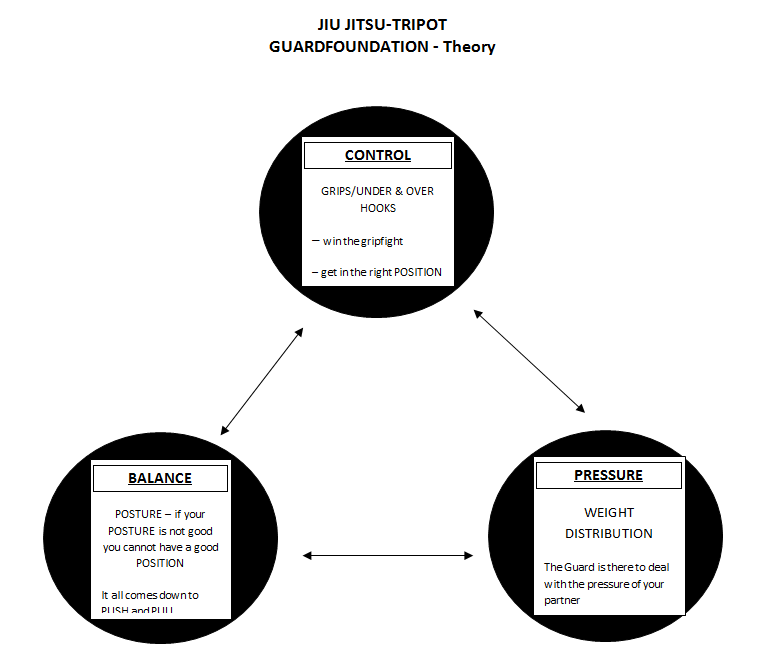 This Guardfoundation-Theory was introduced to me the first time training as a white belt in New York at the Renzo Gracie’s Academy. Now as a black belt, one of the instructors I like to train with is Prof. Carlos Maia from Gracie Barra Ljubljana and he explained this theory to me again. Sometimes people can tell you the biggest secret but you are not able to understand it in your current situation. Today it makes much more sense to me and I could understand and use much more of this theory in training.

After getting tapped 12 times in 10 minutes by a high level BJJ genius I realized that he is following some Guard hierarchy. Not only for the positions but also for his Guard he followed some hierarchy. Trying to pass his Guard he always used his legs to keep distance. So he always stared to used the Spider Guard or something similar. Was this planned or happened by circumstance? I thought about this experience rolling with him for a long time and started to realize that he used the Guards are not used randomly. There is a situation when and why to use Guard forms. I started to put the Guards I know in an order starting with the Guards which control the biggest distance.

The other day I saw a video from Keenan Cornelius explaining the 8 layers of Guard retention. (https://www.youtube.com/watch?v=UTaZzbHMr-s)

He used a different but similar Guard hierarchy:

Having this open Guard-Hierarchy in your mind it can help you learn in a more methodical way. Work down the distances for your Guard if you want to improve faster. You need some principles to follow when you teach but also when you learn. Your students or you are going to improve faster when they learn and understand this. Of course there is no need to be a black belt in all of this open Guard forms. But you definitely need to understand the close Guard and some open Guard forms. As a teacher you never know in which way your students are going to evolve but you have to give them the best start possible. 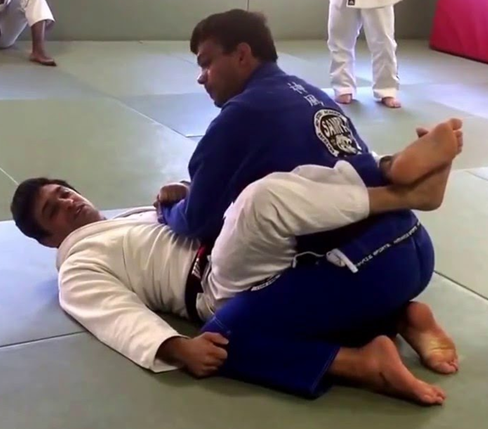 I do not want my students to become the copies of my game one day. I want them to form their own game plan. This is why I need to teach all Guard forms and plant some seeds into my students’ heads. Some are going to develop a game which is so different from mine and the whole academy is going to improve from this. A beginner does not know that his anatomy is going to show him which moves, which Guard forms he is going to be able to use in a better way than other students with different bodies. I also think that it is inevitable to start to teach the close Guard first. The close Guard teaches the basic principles of the Guard. Even if you do not use the close Guard later anymore you have to start to learn this Guard first. Not only because of NoGi and MMA but also because of the Self-defense aspect of BJJ. A lot of students start our martial art because they want to be able to defend themselves and switch to the sport of BJJ later on in their BJJ carrier. The instructor should know the art better than his students and even if students want to learn cool new stuff if we do not respect the basics we miss teaching the roots of our art. 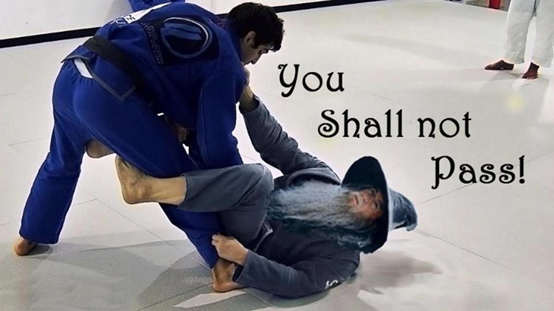