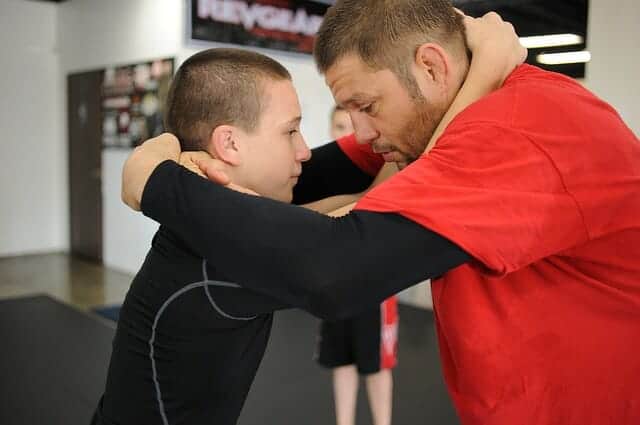 What is Brazilian Jiu Jitsu?

It is a martial art which focuses on grappling and ground fighting. It is based on movements by a smaller person, who defends themselves against a larger person by making use of techniques such as choke holds and joint locks, before forcing the opponent to the floor and subduing them. Sparring plays a major part in the sport, and drilling is a very important part of training, especially for tournaments. Since the start of the sport in 1882, it has not only been considered a sport, but also a way to promote physical fitness and character building in younger people.

As a beginner in the sport, it is very important to know the different techniques which are used in each situation.

The Mount and the Guard

The Mount and the Guard are the two most basic of positions in Jiu Jutsu. In the Mount the dominant person sits on top of the other person while facing the head of the person on the ground. From this position the oppressor can carry out such movements as strikes to the head, or punches and choke holds. These moves are not easily carried out from the position at the bottom.

Because this position is so important, the Mount is a position that you should master as soon as possible.

The Guard position is when one person has their back on the ground and attempts to control the other person by wrapping their legs around the torso of the other person. It is usually an advantageous position to be in as various joint locks and choke holds can be performed from this position.

These holds involve the manipulation of the opponent’s joints until they reach the maximum degree of motion.

In a joint lock it is important to control the area above and below the joint.

This refers to grabbing, pulling, bending or twisting the small appendages such as fingers and toes.

Leverage is relatively small, and can allow a smaller, weaker person the advantage over a larger person.

Grabbing some fingers is considered a small joint manipulation technique which can reinforce the attackers position and force the opponent to the ground.

Grabbing a finger or toe will give the attacker an immediate advantage over the opponent. This can greatly reduce the opponent’s ability to hold on and take control.

Some techniques, such as the spinal lock may not be allowed in competitions, but it is worth knowing them in case you have to defend yourself against them.

Spinal locks are applied to the spinal column and they try to force the spine beyond the normal range of motion. They are divided into two categories – namely neck cranks and spinal cranks.

Neck cranks
This movement is applied by pulling or twisting the head beyond the normal range of motion.

Applied by twisting or bending the upper body parts beyond normal range of motion, this movement is used very rarely used because it is difficult to apply well.

Bending the upper body requires large amounts of leverage, and this is not always accomplished by smaller people.

Typically, a wrist lock is performed by grabbing the opponent’s hand, and then bending it or twisting it.

Wrist locks can be performed from a standing position and are simply done by grabbing the hand near the wrist and tuning it in the direction it is not meant to go.

If applied suddenly or with force, it can cause ligament tears or bone fractures. They leave the attacker open to punches and other strikes.

Understanding the wrist lock may mean you are able to use it as a jab shot.

By using the correct techniques and leverage, a smaller person may be able to defend him or herself against a larger, heavier person. Brazilian Jiu Jitsu, which was developed by the Gracie family, is made up of many stand up maneuvers. It is, however, famous for devastating ground fighting techniques. The key with this sport is to gain superior positions by taking advantage of the numerous chokes, holds and locks for which it has become known.

“Discipline and consistency. I owe these two factors all have attained in my life. Things have never happened overnight. Results have appeared as the consequence of decades long toil. It is necessary to persist.” – Master Carlos Gracie Jr.

in BJJ, english, Technic /by Gajeel215